DonAlCapone
Twice a year the forbidding journey to the boarding school is necessary. Father Latak, looks to the sky and attempts to predict how the weather will develop. Only when he is sure that no storm is brewing, he starts to prepare the children for the trip over the river. It is a route that is so notorious, that it even has a name: Chadar - the path over the cloak of ice. One last time, his ten year old son Motup, plays in front of their hut. Motup is one of the few kids who regularly leave the village in order to attend one of the the better schools in town. Then the family gets ready for the long trip. The mother has sewn thick wool socks for the father and the children, and Tebean prayers and mantras are recited for protection along the way. Then the trip begins, where the children muss trust completely the experience and skill of their father.

The first steps, only a few kilometres until the frozen river, seem easy for the family. But father Latak recognizes immediately that the spring has come early this year and the sun has already began to compromise the ice. This is not a good sign, since the thinner the ice the more dangerous the trip becomes. Latak goes before the children and tests with a stick before each step on the ice. Often the ice cracks a bit, but the ice remains whole. Latak knows that no one should travel the Chadar without a good reason. But the education of the children is a good enough reason to take on the risks involved.
He knows that if he goes first and the ice carries his weight, that it will also carry the weight of the children. If it does not, it will be he that will fall in the icy water and not his two children. At the same time, Latak, Motup and the other members of the crew must keep a close eye on the mountains. The massive mountain ranges on both sides of them seem to be a scene form a picture book, peaceful and lordly. But there is danger lurking. At any given time, an avalanche can break out. Many times before people have been caught by avalanches here.

In the mean time the sun has already thawed the middle of the river. But since there are steep rocks right and left, Latak must now search for a new path for them to continue on. He leaves Motup behind him and luckily finds a way. It is a 20 cm wide path on the rocks at the edge of the river, and up to ten meters high.

They need almost an hour, skipping from rock to rock until they finally reach an area where the river is again covered with ice. Now they must find a place to set up camp as soon as possible before it becomes dark and the temperatures sink to as low as -30 degrees Celsius. Latak knows a cave where they will be protected and finally be able to get some rest. They must gather their strength because the most dangerous part of the Chadar still lies before them.

The ice is almost completely melted. Only a 50 cm wide strip borders right and left the ice-cold water, making the river absolutely impassible. Rocky overhangs above the ice block the way. Father and son must now crawl its way to school. Father Latak tests his way over the ice on his belly. After any progress made, he pulls his son by their hands to him.

There are countless dangerous situations that make this way to school so unpredictable. But after four days it is over, they have reached their goal; the city of Leh and the school. 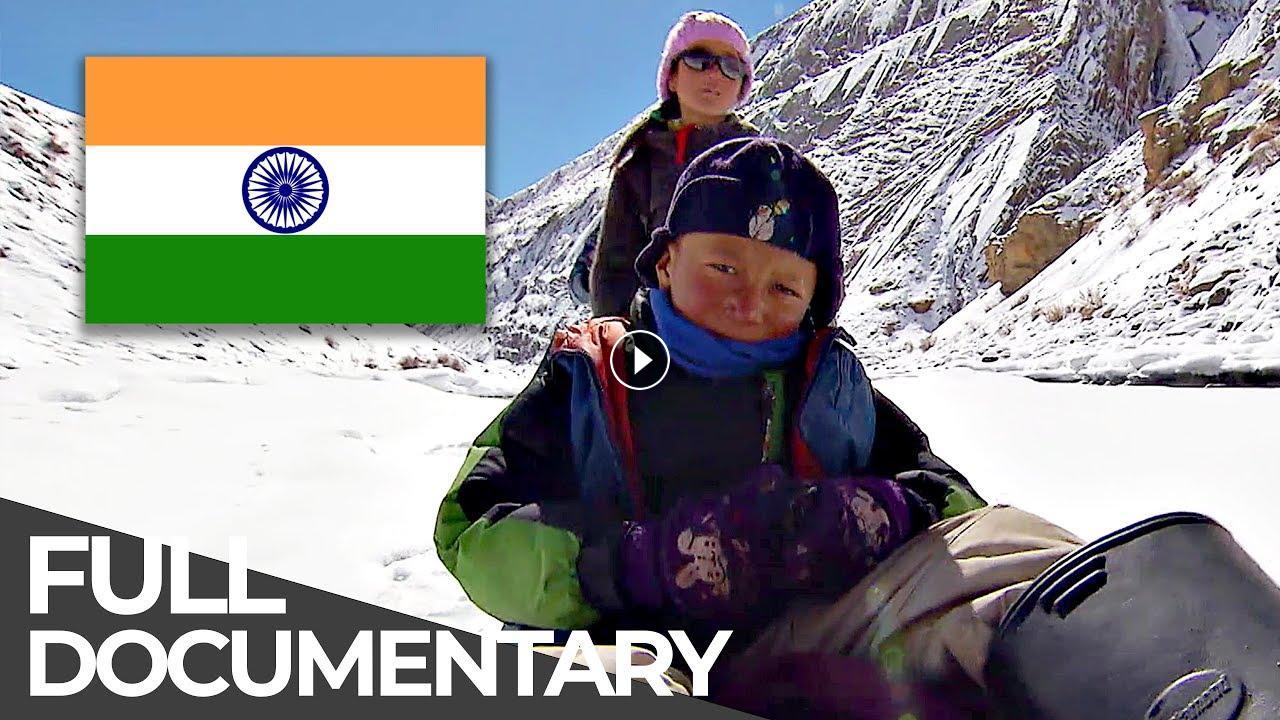 Twice a year the forbidding journey to the boarding school is necessary. Father Latak, looks to the sky and attempts to predict how the weather will d...